Home › Entertainment › Adam Sandler: This is how he deals with negative reactions to his films

Adam Sandler: This is how he deals with negative reactions to his films 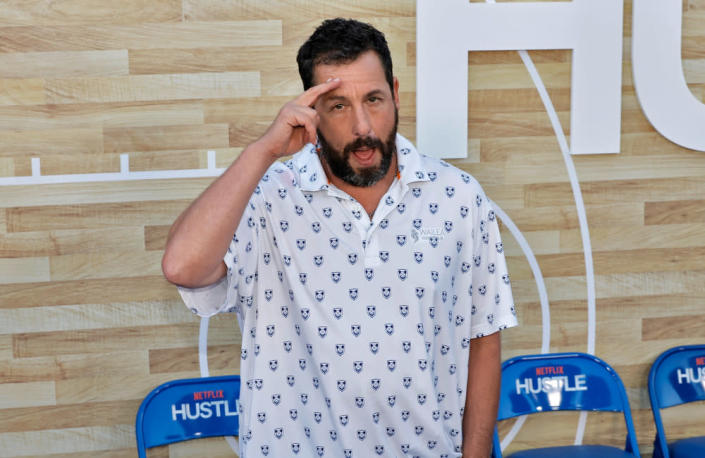 Adam Sandler spoke about trying not to be “too shaken up” by negative comments about his films.

The 56-year-old actor revealed that he wishes some of his close friends, family and colleagues who act alongside him in films didn’t have to read some of the reviews about the films.

However, Sandler stated that he wouldn’t worry too much about negative feedback. When asked if he took some of the criticism to heart, the star explained in an interview with AARP: “Sometimes it does. Mostly because I invite all these amazing people I care about to make movies with me and I wish they didn’t have to read shit about what we did. But I don’t let that shake me up too much anymore.” Adam would always remember in regards to this, his father telling him that not everyone “likes” him and that he “fails” at times in his life.

The actor He added: “I always remember something my dad used to tell me. He was a badass guy. He’s been through ups and downs in his life, like he didn’t have a job for a year or two and he didn’t tell us about it .[…] He said to me, ‘You’re not really going to know you’re happy unless you’re feeling these other things too.'” Sandler is released with his wife, 47-year-old Jackie Sandler, and their daughters Sadie, 16, and Sunny, 13, to star in the upcoming Netflix film ‘You Are SO Not Invited to My Bat Mitzvah!’, an adaptation of Fiona Rosenbloom’s novel of the same name.

Autumn has some cultural highlights in Europe, such as a rare journey through the queer culture of the Arab world or the complete works of Lucian Freud in London. Zurich Film Festival It offers films from Europe and overseas as well as previews and tributes in the presence of international stars such as Liam […]

In 1974, Tobe Hooper directed a film with horror beyond your wildest nightmares. Now a trailer has been released for the upcoming “Texas Chainsaw Massacre” game that took inspiration from the movie! Geektyrant announced yesterday that game developer Gun Interactive, also known for the game “Friday the 13th: The Game” (2017), has released a trailer […]

“Black Mirror” gets a sixth season on Netflix