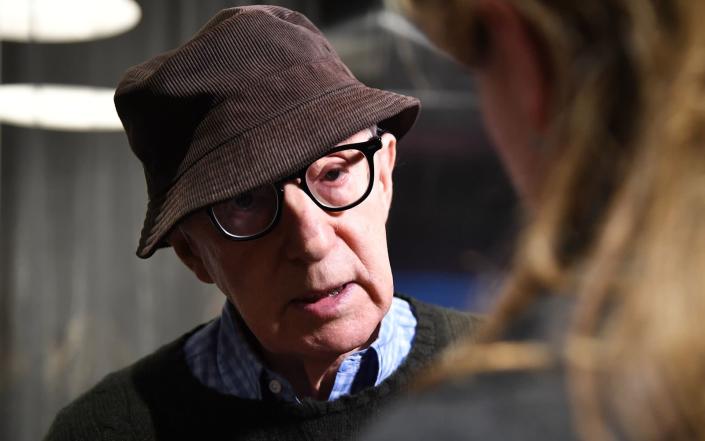 A Spanish newspaper reported over the weekend that Woody Allen was considering retiring. Now the controversial cult director withdraws the statement in a statement.

“I think it’s a good moment to stop”: Woody Allen was quoted as saying by the Spanish newspaper “La Vanguardia” over the weekend. His 50th film, which has the working title “Wasp 22”, will probably be his last, it was said. Instead, he wants to focus on his work as an author.

Now the director has withdrawn his resignation statements: “Woody Allen never said he would retire, nor did he say he would write a new novel,” says a statement released to Indiewire magazines. and “Vanity Fair”.

“He said that he’s considering quitting making films as he doesn’t like making films that are released directly or very quickly on streaming platforms, being a great lover of the cinematic experience.” However, he has no intention of retiring and is very much looking forward to shooting his 50th film in Paris.

Woody Allen: His new movie will be shot in French

Filming is scheduled to start in a few weeks. The project will be filmed entirely in French. Since the comedy “What’s Up, Tiger Lily?” from 1966, Allen developed into one of the most important directors worldwide. Among other things, he won four Oscars. His laconic big city works such as “Manhattan” (1979) and “The City Neurotic” (1977) are among the great classics of film history.

Since the early 1990s, however, there have been allegations that Allen molested his adopted daughter Dylan Farrow, who was only seven at the time. The filmmaker has always denied the allegations, which were first made in the custody battle with his then-wife Mia Farrow and flared up again in the wake of the “MeToo” debate.

There were no proceedings as a result of an exculpatory forensic medical report. However, some stars distanced themselves from the controversial star director.

Sony and Playstation are investing heavily in filming their popular video games. Now a film based on the racing series “Gran Turismo” is also underway. Sony Pictures and PlayStation Productions are investing heavily in filming their successful games for the big screen and streaming services, as they recently announced that they will take “Horizon Zero […]

Even an old hand like Tom Cruise (59) was speechless for a moment. Shortly before the actor (‘Mission: Impossible’) presented his latest film ‘Top Gun: Maverick’ at the Cannes Film Festival, the festival director — director Thierry Fremaux (62) — showed a compilation of his greatest successes. “Wow!” The festival official then awarded the superstar […]

European Film Awards 2022: These are the nominations

The European Film Awards will be presented on December 10th in Reykjavik, Iceland. Five films compete for the Best Film award, several of which were shortlisted from the Cannes, Berlin and Venice festivals – a preview of the nominees. “Triangle of Sadness” by Ruben Ostlund This year’s Palme d’Or at the Cannes Film Festival went […]