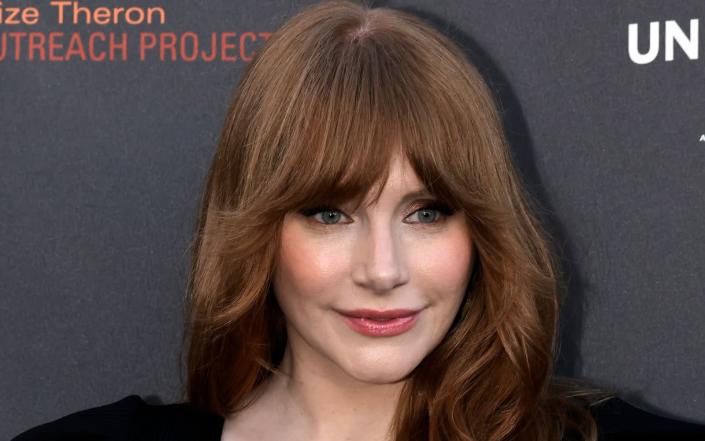 Bryce Dallas Howard starred as Claire Dearing in the Jurassic World films alongside Chris Pratt. In an interview, she now revealed what she had to experience as a woman during the shooting.

Actress Bryce Dallas Howard was part of the main cast for the “Jurassic World” series, playing the brave Claire Dearing. She convinced on the big screen and inspired alongside Chris Pratt, who played Owen Grady in the dinosaur franchise. But the films not only helped her to international success: she had to take criticism behind the scenes about her weight.

In an interview with “Metro”, the 41-year-old was asked what impact her film character would have on female roles in Hollywood action films. To which she replied that she was “asked not to use my natural body in the cinema”. However, she had her back – director Colin Trevorrow stood by her at the time: “In fact, with the third film, there were so many women in the cast that Colin felt very strong to protect me.” Previously, phrases like “We have to ask Bryce to lose weight” were said by the actress.

The director pointed out that there are “many different types of women on this planet” and that they should also be seen in the film. Howard was enthusiastic about this intervention: “I was able to do so many stunts that would not have been possible if I had been on a diet.”

Howard left open who made the weight comments. She didn’t name any names in the interview, but said she hoped other productions could learn something from Jurassic World Dominion. “I’m really excited about all the action I’ve been able to do and I’ve been able to do it with my body,” explains the 41-year-old. She had her “maximum strength” during the shoot, the actress said: “I hope that’s just another indication of what’s possible.”

“Black Panther 3”: The main actress gives hope for the continuation of the Marvel hit

“Black Panther 3”: The main actress gives hope for the continuation of the Marvel hit. With “Wakanda Forever” the long-awaited “Black Panther” sequel came to German cinemas. Will the Marvel series get a third part? Fans had to wait more than four years for the second “Black Panther” film, but now it’s finally showing in […]

The trailer for “Black Adam” will be released next week

Dwayne Johnson will soon be showing off his anti-hero: “Superheroes’ Dirty Harry”. Charming muscle-knuckle Dwayne Johnson has devoted the last few years to the film “Black Adam”, which allows him to take the step over to the comic book genre. Here we get to see him play a powerful anti-hero from DC. This week, he […]

The second solo film with Doctor Strange takes the mighty magician towards bizarroland. Director Sam Raimi finds a fine balance between dizzying superhero action and dark nightmares, where much after all feels safe and familiar to the MCU audience. First, a giant one-eyed octopus attacking Manhattan. Then, an evil magic book that can only be […]