“Peaky Blinders” finale on Netflix: That’s what viewers can expect 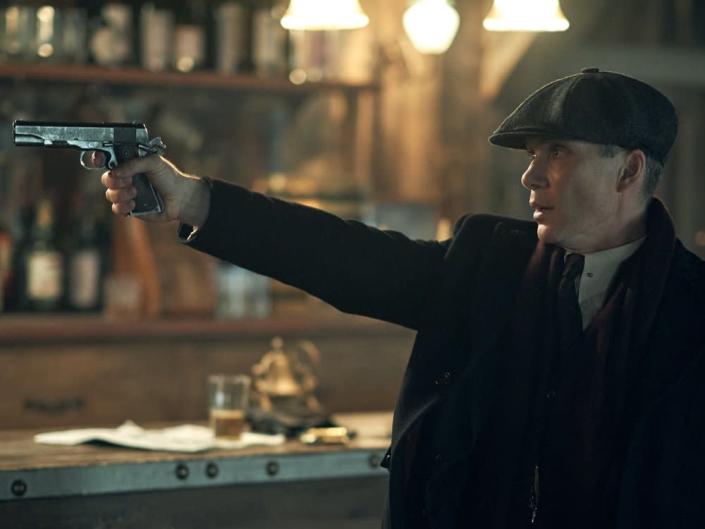 The sixth and final season of the British drama series “Peaky Blinders” with Cillian Murphy (45) will be released on Netflix on June 10th. The final episodes conclude the series – but not the story of the Peaky Blinders.

In 2013, the first season of the series about the eponymous gang from Birmingham and the Shelby family premiered. The series, which is set in the 1920s and 1930s, quickly won many fans thanks to its dark look and the matching soundtrack (especially “Red Right Hand” by Nick Cave & the Bad Seeds). The special style of the gang members with their flat caps, suits, coats and pocket watches was also celebrated. The last season was broadcast on the BBC from February 2022, with the finale following in early April. Now Netflix users can look forward to the latest episodes with Tommy Shelby and his machinations.

A trailer for the sixth season shows some returnees: In addition to Tom Hardy (44) as Alfie Solomons, Anya Taylor-Joy (26), Sophie Rundle (34), Sam Claflin (35) and Finn Cole (26) will also appear in the final episodes their roles return. Cole becomes more and more of a danger to Tommy as a vengeful cousin Michael, always at his side wife Gina (Taylor-Joy). He also has to deal with the growing political tensions and the approaching Second World War. After being diagnosed with a serious illness, he begins to put his affairs in order at the Shelby Company Limited…

In the final season, an important role will be missing. Helen McCrory (1968-2021) played Polly Gray (née Shelby), Tommy’s aunt and often the voice of his conscience. The British actress died in April 2021 at the age of 52 of complications from cancer. “I think the whole series is really a tribute to her and to honor her,” Cillian Murphy told Variety. “Her presence and the presence of her character is still felt on the show, and is an integral part of Tommy’s journey throughout the season.”

So it goes on for the “Peaky Blinders”.

Series creator Steven Knight (62) had already promised several offshoots of the gangster saga to “Entertainment Weekly”. After the sixth and final season, not only a film is to come, but several spin-offs. Knight has not revealed whether the offshoots will be series or films.

Filming on the first Peaky Blinders movie is slated to begin in 2023. According to the showrunner, the theatrical spin-off will conclude the story of the gang from Birmingham. “After that, depending on how the structure of the film unfolds, we’ll be rolling out a few spin-offs that will be part of the same universe,” said the Peaky Blinders boss.

In 2006, a new teenage sensation hit the world when High School Musical starring Zac Efron and Vanessa Hudgens came out. Two sequels were then released in 2007 and 2008, respectively, both of which were huge successes. When there was a virtual High School Musical reunion in 2020 during the first shutdown, it was without […]

In the 2022 variant of the classic “Cinderella”, the slippery glass shoe has fittingly been replaced by a comfortable sneaker. Disney’s “Sneakerella”, on the other hand, does not jump to any higher heights and would have benefited from completely jumping off the musical track. Another Cinderella vintage? Calm pucks, in this year’s Cinderella there have […]

The second season of “Vikings: Valhalla” is just like the third season already a sure thing. 24 episodes of the series are planned in total and the new season will start on time in 2023. The first eight episodes of the new spin-off series “Vikings” have been available on Netflix since February 2022. […]