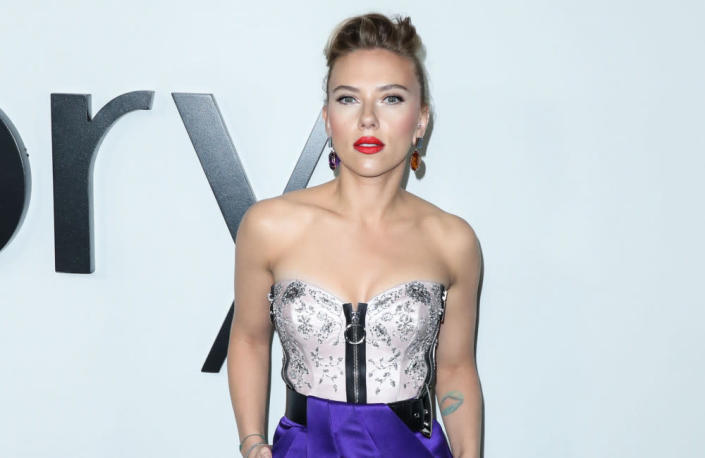 Scarlett Johansson will star in ‘The Sea Change’.

The 37-year-old actress has signed on to star in the drama, which will be Oscar-nominated actress Kristin Scott Thomas’ debut as a director. Based on Elizabeth Jane Howard’s 1959 novel of the same name, the film revolves around famed London playwright Emmanuel and his ailing wife Lillian, who never really got over the memory of the couple’s late daughter Sarah.

The couple’s rocky marriage then takes a surprising turn when they travel to a remote Greek island. Scarlett is believed to be playing Lillian, but details for her role are yet to be confirmed. Kristin first announced her intention to direct ‘The Sea Change’ in 2017. Mark Strong and Anya Taylor-Joy were in talks with co-stars, but the project never materialized. Rebecca Lenkiewicz wrote the screenplay for the film and Thorston Schumacher is serving as producer.

Scarlett played Natasha Romanoff/Black Widow in the Marvel Cinematic Universe (MCU) and has indicated that she will now be producing films for the studio. The ‘Jojo Rabbit’ star said: “I’ve been working for 30 years, which is crazy when I say it out loud, but I think I just understand efficiency, how productions run and how you thin the fat of a production and things well oiled makes.

I’ve learned that the fish rots from the head, which I think is very true in any creative space, but especially in a production involving many hundreds of people. And working with people who want to be there and want to contribute creatively to the same kind of idea and build that kind of creative family is something I’m really excited about as I produce more and more.”

No Comic-Con without a Marvel surprise: A first trailer for “Guardians of the Galaxy Vol. 3” has been unveiled, which should increase the anticipation powerfully. The signs are pointing to farewell: Farewell to James Gunn as one of the biggest and most creative voices in the Marvel Cinematic Universe (MCU), at least temporarily, after the […]

Paul Rudd, best known for playing the titular superhero in the Marvel Cinematic Universe and named People magazine’s Sexiest Man Alive in 2021, is training like an athlete to prepare for the ‘Ant-Man‘ movies. Despite his hard work, he explained that he’s rarely seen shirtless in the film series. When asked if he was as […]

Guaranteed to promote tooth decay: Warner Bros. has released the first-ever teaser trailer for the upcoming “Barbie” film adaptation with an all-star cast. How do you actually imagine a “Barbie” film? Sure, there are already Barbie movies, lots of them. Over 40 works have been created since 2001. And they are obviously popular with young […]